Veritas is committed to transforming Senior Living so that future generations, including those with limited means, have options not only to live, but to thrive as they age.  We will never be content to accept the norm. Instead, we will leverage technology, harness ingenuity, and use our genuine passion to successfully create a new and better standard of Senior Living that focuses on health, comfort, engagement, and dignity of each associate and every resident that we are honored to serve.

The Veritas leadership team will demonstrate a steadfast commitment to modeling servant leadership. In turn, we will attract superior team members who have a passion for serving others. Ultimately, Veritas will succeed when we assist our associates in reaching their personal and professional goals. 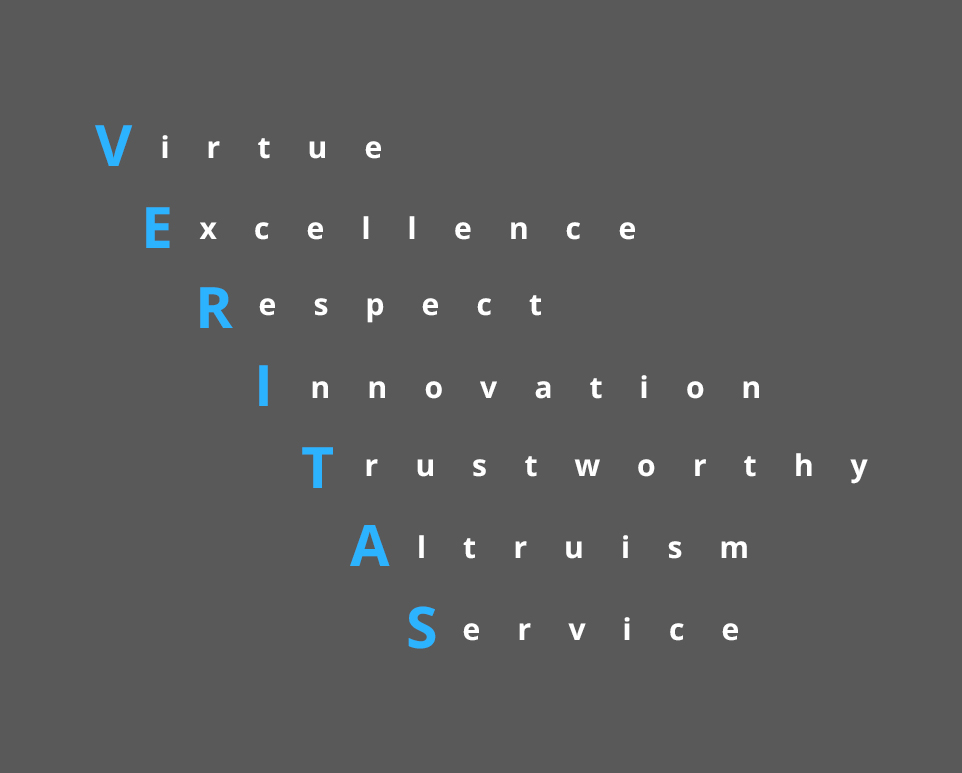 The term “Veritas” is derived from the Latin word for truth. At Veritas our pledge is to be honest, transparent, and forthright. If a concern arises or a problem occurs, we will genuinely strive to make things right.

“I hope I shall possess firmness and virtue enough to maintain what I consider the most enviable of all titles, the character of an honest man.”
– George Washington

Doing everything to the highest possible standard of excellence.

“Excellence is an art won by training and habituation…We are what we repeatedly do. Excellence, then, is not an act but a habit.”
– Aristotle

A healthy reverence and respect for our elders.

“Stand up in the presence of the aged, show respect for the elderly…”
– Leviticus 19:32

The relentless pursuit of continuous improvement and the leveraging of technology.

“Vulnerability is the birthplace of innovation, creativity and change”
– Brene’ Brown

Able to be relied upon to do what is needed and right.

“Whoever is careless with the truth in small matters cannot be trusted with important matters.”
– Albert Einstein

Behavior that demonstrates a desire to help others without thought to what it will cost you personally.

“Every man must decide whether he will walk in the light of creative altruism or in the darkness of destructive selfishness.”
– Martin Luther King

Contribution to the welfare and well-being of others.

“The best way to find yourself is to lose yourself in the service of others.”
– Mahatma Gandhi

The Wellness Philosophy at Veritas extends beyond residents and also pertains to team members. Many Senior Living organizations focus solely on the residents. However, Veritas firmly believes that in order for the organization to thrive and succeed both groups need to have opportunities to fulfill the eight dimensions of wellness. While the needs of the two groups are distinctly different, both are equal in their importance to us. We believe there is a direct correlation, and that satisfied and engaged associates in turn create happy and fulfilled residents.

Our Wellness Philosophy is also our pledge to serve the full range of wellness needs for our Team Members, Residents and Families: 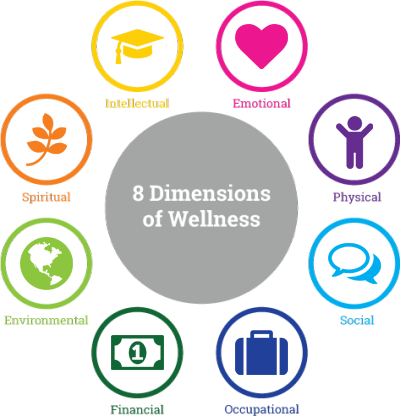 We will honor God through exceptional service. We will respect the beliefs of each associate and resident, and unite in the common goal of high quality and compassionate care.

We will encourage and provide opportunities for our associates and residents to learn and grow intellectually.

We will support each other, as well as our residents and their families; aging and caregiving are both components of an emotional journey to be shared.

We will provide nutritious meals and assist our residents and associates in maintaining healthy and active lifestyles.

We will strive to build genuine relationships between and among our residents, families and teammates.

We will make a concerted effort to promote from within and provide growth opportunities for associates, as well as a sense of purpose among all parties.

For our associates we will pay fair wages, along with a commitment to provide financial rewards for hard work and exceptional care. For our residents, we pledge fiscal responsibility to assure minimal cost.

We will provide a safe and pleasant environment in which all stakeholders and residents can work, live and thrive.

Veritas believes that every company has an obligation to be socially responsible. As an organization, we give away or “tithe” at least 10% of our net profits on an annual basis to local organizations that help senior adults and children in need. Being part of the greater community and doing our part to assist others in need, through giving of both our time and resources, is a core part of the culture at Veritas.

James 1:27 – Pure and unblemished religion in the sight of our God and Father is this; to visit and look after the fatherless and the widows in their distress, and to keep oneself uncontaminated by the world.

Malachi 3:10 – Bring all the tithes into the storehouse, so that there may be food in My House, and test Me now in this, says the Lord of hosts, if I will not open for you the windows of heaven and pour out for you a blessing until there is no more room to receive it.

Our founder, Matt Fox, has more than 20 years of combined experience in the Senior Living industry and is excited to create a world class organization that leverages extensive relationships within the industry to attract the best talent.

Mr. Fox focuses on consulting, leadership development, supporting the daily operations of the communities, and sales & marketing. He also sets the overall vision and strategic direction for the company. He is excited to create a boutique management company that is focused on quality over quantity. Matt is a very hands-on leader and his desire is to create a world class organization that honors God through exceptional service to all stakeholders. 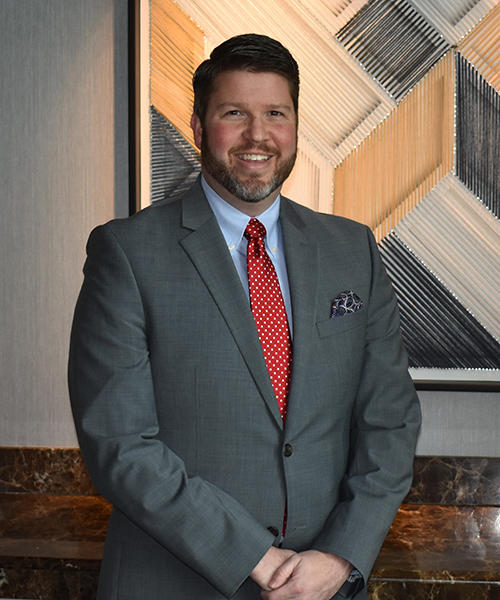 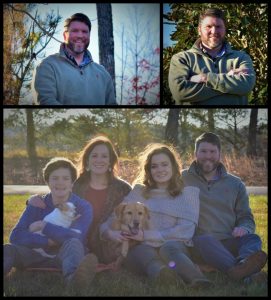 Mr. Fox’s career in Senior Living started over twenty years ago, right as he was graduating from college with an undergraduate degree in business. Upon graduation he had planned to attend seminary. Matt did not see himself as a pastor, but felt called to a profession that would allow him to help others and make an impact.

While Matt thought his first position in senior living would simply allow him to make a living while he went back to school, he quickly found his professional calling and passion. Matt quickly realized that he did not have to go to seminary or work in a church-related vocation to have a positive impact on other people’s lives. Instead of attending seminary, Matt went back to school at night while he was working and earned an MBA. If you ask Matt how he got into Senior Living, his response will be “through divine intervention.” 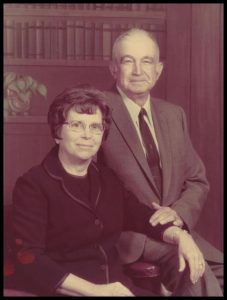 Mr. Fox’s passion for Senior Living, stems from his family’s personal experience with his maternal grandmother, Beulah. When his grandfather, Harold, unexpectedly passed away from a heart attack, Matt’s mother and her three sisters had to scramble to care for Beulah, who was suffering from Alzheimer’s disease. Thankfully his Aunt Janie lived on the family farm across the street from Beulah and they were able to keep her at home, for as long as possible, until she fell and broke her hip. At that juncture, with limited options in rural Missouri in the mid-eighties, they had no choice but to place Beulah in a nursing home. While many of the staff worked hard to provide compassionate care, it wasn’t an ideal experience or what the family ultimately wanted for Beulah’s final years.

This personal experience is what drives Matt’s passion for Senior Living, particularly Memory Care. Matt is determined to create superior Senior Living options for others, so that their lives, and those of their families are impacted in a positive manner. 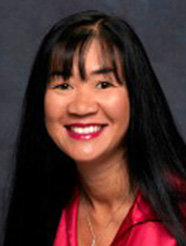 Our Vice President of Sales and Marketing, Sandy Chang, brings remarkable energy to every interaction, whether with leadership, team members or residents. She coaches, trains, motivates, inspires and mentors staff in all aspects of the sales and marketing experience that affect resident and family satisfaction, delivery of excellence, stability of census and increased revenue.

Sandy is an authority on a wide spectrum of senior living sales and marketing issues. She delivers insight relevant to each community’s unique needs and challenges. Her friendly but no-nonsense approach earns immediate trust from her staff. This enables her to effectively guide them to make best use of strengths to continually generate leads, organize critical data and implement systems to stay on track. It also enables her to help them overcome challenges that compromise morale and effectiveness. Most importantly, Sandy’s highly collaborative investment with each community results in increased census and, in turn, increased revenue.

Throughout her career, Sandy has worked with teams to open over 51 new properties countrywide and consistently exceeds sales targets and occupancy goals. With her time at Sunrise Assisted Living, Inc, Sandy was responsible for 52 assisted living communities in 9 states throughout the Midwest and increased revenue by $30 million, which exceeded the budget by 30%. Sandy also still holds the record for reaching 100% capacity at one community in only 100 days. In her most recent endeavor, Sandy helped generate 121 move-ins within one year at The Kensington in White Plains, NY, a high-end enhanced assisted living and memory care community in a highly competitive market. 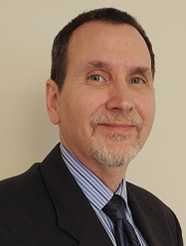 Tim Booth is a leader in the finance and accounting profession with extensive experience in the senior living industry. For more than 30 years, he has worked with Continuing Care Retirement Communities, long-term care facilities, assisted living & memory care providers as well as home care and Program For All-Inclusive Care For the Elderly (PACE). His background does include numerous years consulting in financial reporting, accounting & billing, cost reporting & reimbursement and providing tax services. He is most proud for being a hands-on leader and is known for many turn-around projects that were in desperate need of a financial advisor.

Mr. Booth, prior to joining Veritas Senior Living, most recently served for 5 years as the Vice President of Accounting for Morning Pointe Senior Living where he successfully managed the financial performance of over thirty assisted living and memory care communities. His strength in various interpersonal skills of collaboration and mentoring took the financial reporting to the next level. Prior to joining Morning Pointe, he held several financial lead positions with Ascension Senior Living, a division of Ascension Health, where he ended his career with them as the financial director of the National PACE programs for the organization. 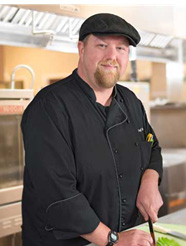 Dwayne Butler has been in the restaurant/foodservice business for a little over 30 years. He started at the bottom and worked his way up through the ranks. Throughout his career he has worked everywhere from small mom and pop locations, to farm to fork restaurants, to large chains and everything in between. In 2004, Dwayne made the switch to Senior Living. At first, he was apprehensive about this choice, but was quickly amazed to discover how great food played a integral part in the liveliness and relationships of the residents.

Dwayne loves eating it, cooking it, reading about it and shopping for it. His life has always centered around food. He chose the dining services profession to share the passion he has for food in hopes of it inspiring someone else to do the same. 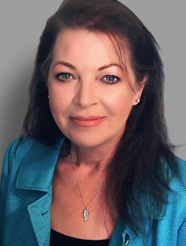 Angela has over 12 years of experience in assisting and supporting senior living communities in the accounting and finance realm. She excels at offering both support and guidance to the communities in order to assist them with the timely and accurate reporting of financial results. Angela is friendly, eager to assist and genuinely enjoys helping the community level teams achieve success.

The Lodge at Stephens Lake

Send Us A Message